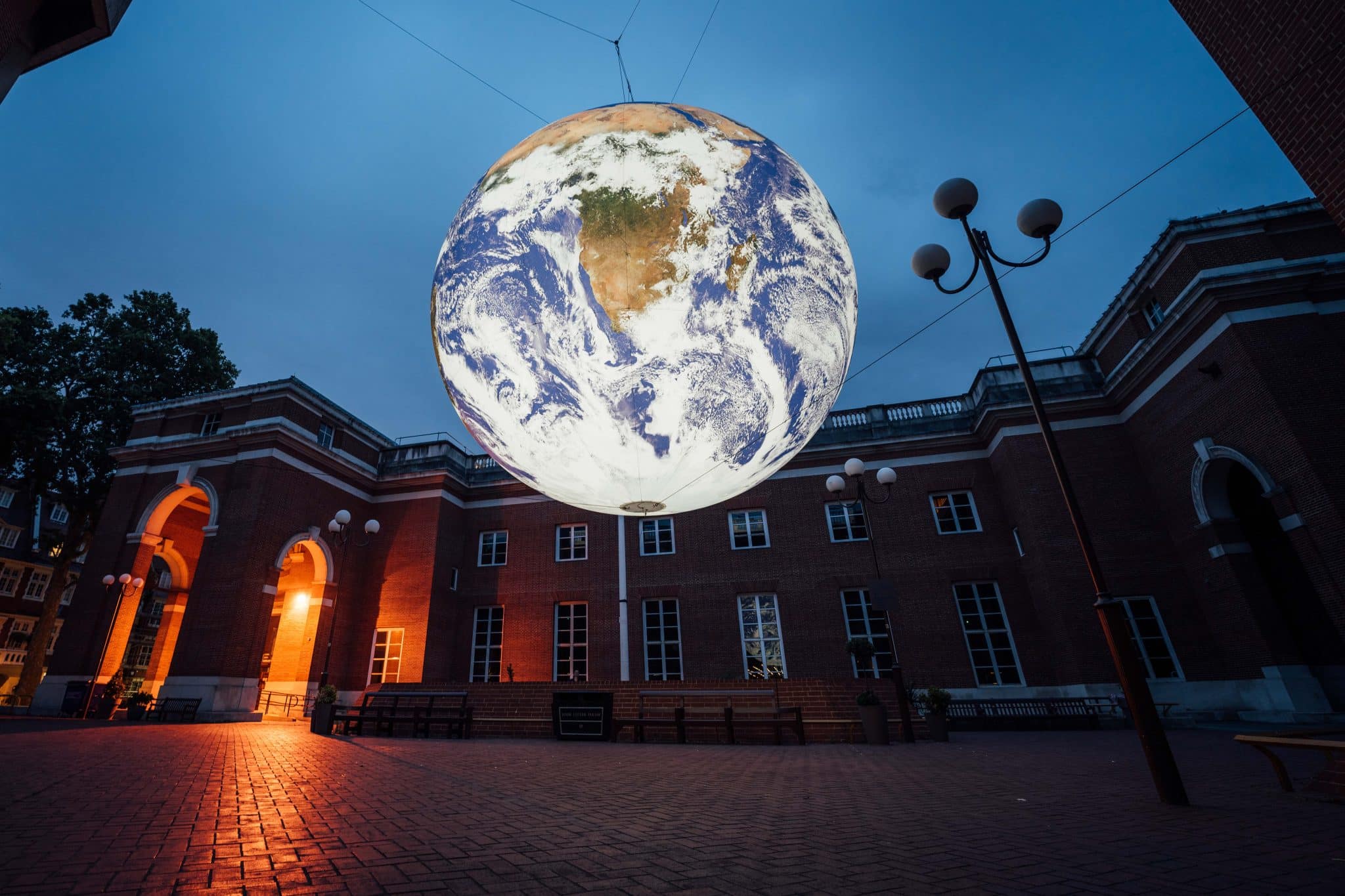 You may remember the giant, illuminated floating model of earth from previous summers in London; not least because once you’ve clapped eyes on Gaia, it becomes pretty hard to forget.

So it’s good news for those that have been wowed by it in the past, or didn’t get around to checking it out last time, as Gaia, the spectacular spherical work by artist Luke Jerram, is making a triumphant return to London this summer. And this time, it’s going on tour, hitting up three venues in the next month.

Gaia will appear at these spots as part of the Kensington and Chelsea festival, which last summer housed the magnificent Museum Of The Moon installation, hopping around three different spaces in the borough between July 22 – August 14.

Those hoping to catch a glimpse of Gaia can find it at Jubilee Square (Town Hall, Horton Street, W8 7NX) until tomorrow (July 26); followed a stint at St John The Baptist Church (Holland Road, W14 8AH) between July 28 – August 6; before ending up at All Saints’ Church (Clydesdale Road, W11 1JS) on August 9 – August 14.

The model is seven metres in diameter, and features 120dpi detailed NASA imagery of the Earth’s surface, providing viewers with a vision of the planet on a large-scale. It’s made appearances at Greenwich’s Painted Hall, and has provided guest with an awe-inspiring view, and a message that the Earth is something to be cherished and looked after amid the crisis of climate change.

Luke Jerram, the artist behind Gaia, said: “It’s a great pleasure to present my artwork right in the heart of London for the Kensington and Chelsea Festival. I hope visitors to Gaia get to see the Earth as if from space; an incredibly beautiful and precious place. We have an ecosystem we urgently need to look after – our only home. Halfway through the Earth’s sixth mass extinction, we urgently need to wake up, and change our behaviour. We need to quickly make the changes necessary, to prevent run away Climate Change.”

The opening of Gaia marks the start of the Festival’s free outdoor arts programme, which you can find out more about via the Kensington and Chelsea Festival website.