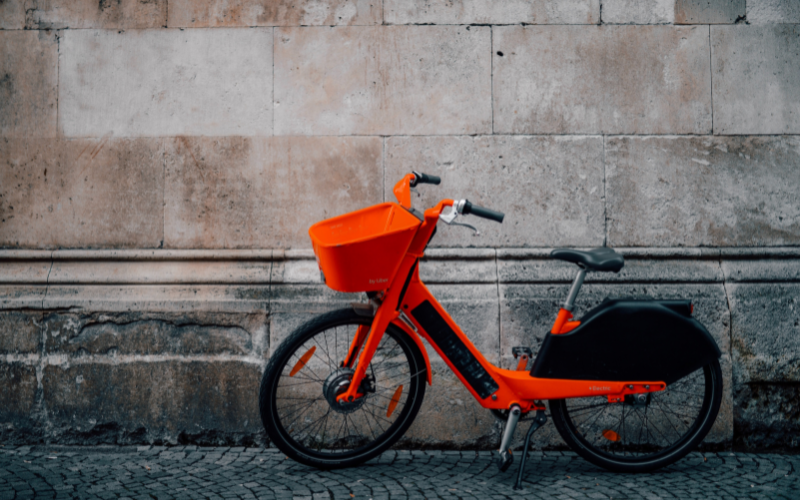 When public transport grinds to a halt in London, there is still one speedy way to get around the city and that’s on two wheels. Not only has there been a ton of investment into cycle lanes to make it safer for you to whizz around on a bike, you don’t actually have to own one thanks to the range of bike rental services now available in London. In just a few taps of an app, you could be in the saddle and across town in a flash, and with more and more electric rental bikes hitting the streets, you don’t even have to pedal that hard to get where you’re going. So next time your commute is thrown into chaos, jump on a bike from one of these bike rental services instead.

Still referred to as Boris Bikes even though he’s long been out of the Mayor’s role, Santander Cycles, operated by TfL, is the best known bike rental service in the capital, boasting over 12,000 red bikes and 800 docking stations. These are old-school bikes, so no battery packs to give you a jump start up a hill and they are a bit weighty, but they’re pretty reliable and there a lots of places to find them (and you don’t necessarily have to use the app to rent them out, as you can do it using the terminal at the docking station). It’s £2 for unlimited 30 minute journeys within a 24 hour period – so if you’re only doing short trips you can get around pretty cheaply – and then it’s £2 for every additional 30 minutes.

These green bikes (though there are still some red ones knocking about, which are former Jump bikes the company acquired after buying out Uber’s electric bike and scooter operation) are the most popular electric rental bikes in the city with a zone that stretches from Twickenham to Wood Green to Poplar. You get your first 10 minutes for free and then it costs £1 to start the rental and 0.21p a minute, and there a range of ride passes you can buy if you’re planning to be out for a lengthy amount of time. Lime has recently started rolling out the latest version of its e-bike in London, featuring a new swappable battery to increase availability, and increased motor power and two-speed transmission for smoother, easier rides.

With a completely electric fleet (of bikes and mopeds) using batteries that are charged with certified renewable energy, HumanForest is all about reducing the amount of CO2 in the air. The bikes, a nice shade of forest green, are available across most of London (the zone runs from Wandsworth and Hammersmith into Islington and Tower Hamlets) with free green parking bays for the bikes in a large part of that area, and even though the bikes are electric, they don’t weigh an absolute ton, so you can get around town without getting a sweat on. Your first ten minutes are free, going up to 0.17p per minute after that, and for each mile you cycle, which is the equivalent of preventing the same amount of CO2 being released into the atmosphere that once tree would capture, you earn loyalty points to convert into free ride minutes.

Freebike is another electric bike sharing company, although perhaps less well known than the others on this list (despite the bikes being bright yellow and covered in slogans) as they don’t cover as big an area – their free-to-park virtual stations are mainly in Central and East London, though you can end a rental out of the stations for small charge. Despite the name, the bikes aren’t actually free but cost £1 per 10 minutes but you can pause the rental if you’ve got a meeting to jump into a meeting or need to take a break, saving you from having to park up and re-rent one between tasks.