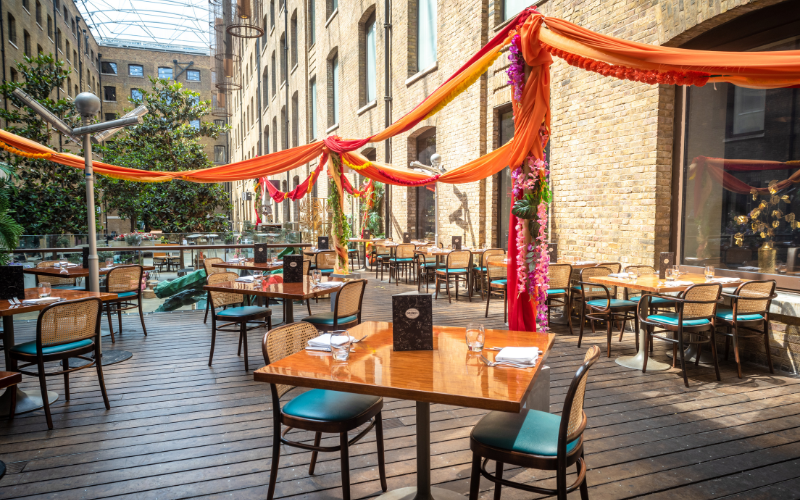 For one night only, Executive Chef of The Cinnamon Collection Vivek Singh will be joining forces with some of London’s most esteemed chefs for a supper club at Cinnamon Kitchen City in aid of Hospitality Action. On 20th September, Singh will be joined by Calum Franklin, Chris and Jeff Galvin, Lisa Goodwin-Allen, and Saiphin Moore, with each chef preparing one of the five courses on the menu. Moore will be kicking things off with a starter of larb minced chicken salad served in lettuce cups with a side of muri. Next, Franklin will be serving up wild duck en croute with Singh’s hot sweet pumpkin chutney, which will be followed by the Galvin brothers’ cured salmon served with Baeri caviar in a ponzu dressing. Singh will be taking care of the main course, clove-smoked lamb saddle with a beetroot keema in a saffron sauce and biryani rice, and to end things on a high, Goodwin-Allen will be plating up her lightly spiced Valrhona chocolate with hazelnut and lime. Tickets cost £150 for the five courses and a glass of wine, with an optional wine pairing for £70, and there’ll be an auction on the night too with all proceeds going to Hospitality Action.