The Best Things to Watch on TV | Lifestyle 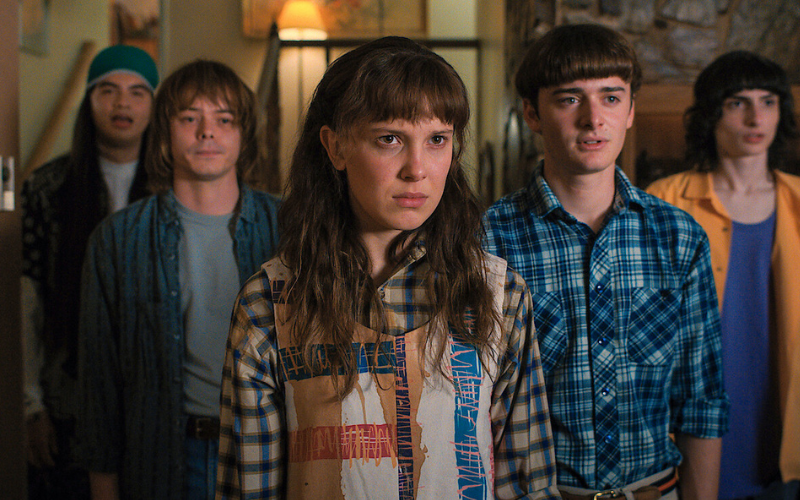 Going out is back on but if you still want to stay in, we’re here to make sure you’re entertained. To give you the giggles, put you on the edge of your seat, have you open-mouthed with a crisp between your fingers that’s been waiting to be eaten for eternity as you stare at the screen, we’ve put together some killer, thriller and anything-but-vanilla TV series that you can stick on.

EVERYTHING I KNOW ABOUT LOVE

Dolly Alderton’s best-selling memoir Everything I Know About Love is FINALLY landing on our screens. It’s a seven-part drama all about surviving your 20s with childhood besties Birdy and Maggie at the heart of it. Expect all the fun, joy, humour, heartbreak and raucousness of the book, but with a few plot twists because this adaptation has been slightly fictionalised.

Calling all sitcom fans. Abbott Elementary is on par with Parks & Rec and The Office, following a group of Philadelphia public school teachers who are passionate in helping their students even though the odds are always more or less against them. So if you need a bit of a laugh then this is the way to do it.

TVDinner | Whip up this banging recipe from AngloThai’s new cookbook before tucking into this one.

The TV adaptation of Sally Rooney’s Conversations with Friends is HERE and it tells the story of Frances and Bobbi (ex-girlfriends and college students) who are befriended by married couple Melissa and Nick. Before you know it, there’s a ménage à quatre situation going on, with France and Nick soon forming a relationship too. It’s a slow burner but if you loved Normal People then you’re gonna love this one too.

TVDinner | Make this epic katsu sando to tuck into whilst watching this one.

Talk about thriller, Sky’s new The Staircase tells the story of Michael Peterson (played by Colin Firth) who discovers his wife lying dead at the bottom of the stairs and then finds himself as the murder suspect a little later on too. It keeps you guessing right up until the last minute.

Julia Roberts and Sean Penn are sharing the small screen in Gaslit, which tells the story of the Watergate scandal from a new perspective. Roberts stars as Martha Mitchell, wife to Penn’s attorney general John Mitchell, who ends up blowing the whistle on the scandal, forcing her husband to choose between loyalty to his marriage or to President Nixon. Drama, history, Seventies fashion, this series has the lot.

Elisabeth Moss (from The Handmaid’s Tale) is quite phenomenal in this new eight-part thriller produced by the one and only Leonardo DiCaprio. Expect unthinkable acts, time travel and lotsa gripping plots. It’s one of those two steps forward one step back kinda watches, but all the better for it.

TVDinner | Your jaw is gonna hit the floor watching this one and it’s gonna do the same again when you see the NEW Dumpling Shack x Sichuan Fry menu.

Just when you thought you’d seen it all, Netflix go and drop the Our Father documentary. It deep dives into the crime of Donald Cline, an ex-fertility doctor who fathered more than 50 children by illegally using his own sperm. Truly quite shocking this one.

TVDinner | There’s not much to say other than £10 bowls of ramen at Supa Ya Ramen.

WOAH, it looks like things are getting even darker in the upcoming series of Stranger Things. All the main cast are back (is it just us or did these guys grow up quickly?!) and so is Hopper (yep the one we thought was dead), as well as some newbies too. Oh we’re so ready for this one to hit the screens.

TVDinner | One of our fave summer pop-ups is also coming BACK.

Pistol is, you guessed it, a new series all about iconic punk band the Sex Pistols. It follows founding member and guitarist Steve Jones on going from a kid with not much of a future to changing music culture forever. And it’s directed by Danny Boyle, just in case you needed another reason to give it a watch.

TVDinner | From one icon to ANOTHER.

With Viola Davis as Michelle Obama, Michelle Pfeiffer as Betty Ford and Gillian Anderson as Eleanor Roosevelt you know this one is gonna be a good’un. Deep diving into the professional and personal lives of the White House’s women, expect drama and lots of it with this one. Coming to our screens in April people.

TVDinner | Obvs you’ll have to hit up one of our fave female-led restaurants in London before watching this one.