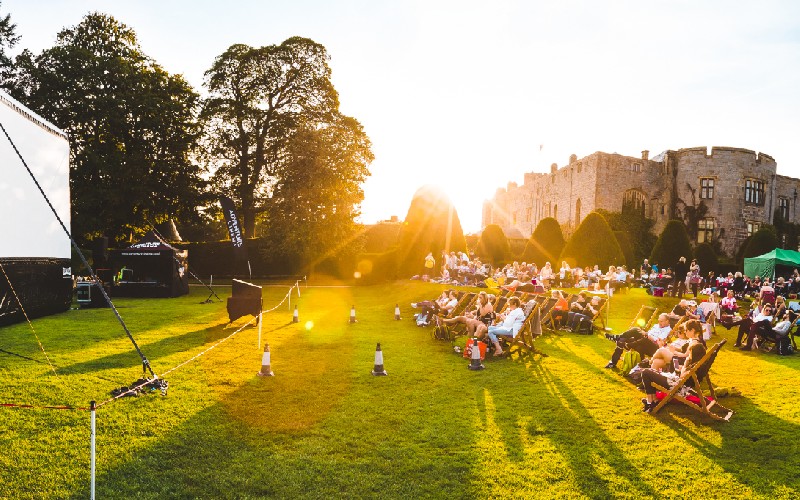 When the weather’s good it’s a shame to be sat inside a dark cinema rather than laid out on the grass with some bevvies to hand, so it’s a good thing that outdoor cinemas are pitching up in London again this summer for another season of al fresco film screenings. Popcorn at the ready….

The Luna Cinema – the UK’s top open-air cinema is back for another season, running screenings at over 40 locations around the country from June to October. London venues include Chiswick House, Old Royal Naval College, Kensington Palace, Dulwich Park, Kenwood House, Westminster Abbey and more, with films like No Time To Die, Belfast, Moulin Rouge!, The Breakfast Club, Mean Girls, Nightmare Alley, King Richard and West Side Story. Get tickets here.

Rooftop Film Club – screens are heading back on the roofs this summer as Rooftop Film Club returns for another season. Roof East in Stratford and Peckham’s Bussey Building are showing films like Kill Bill, Pretty Woman, Death On The Nile, The Batman, In The Heights, House of Gucci, and Licorice Pizza. Get tickets here.

Pop Up Screens – it’s the tenth year of Pop Up Screens and for this season, running July – September, they’ll be screening films like Back To The Future, 10 Things I Hate About You, Grease, Ghostbusters Afterlife, No Time To Die, The Goonies and The Breakfast Club in Fulham, Hither Green, Sydenham, Holborn, Hammersmith, Brockley and Greenwich Peninsula. Get £10 tickets here.

Adventure Cinema – the UK’s biggest touring outdoor cinema is back from April to September, hitting 70 venues up and down the country with London stops at Osterly Park, Charlton House & Garden and Beckenham Place Park. The screenings include Encanto, Bridget Jones Diary, Bohemian Rhapsody, The Princess Bride, Gladiator, West Side Story and Rocketman. Get tickets here.

Barbican Cinema – this August, the Barbican is opening up its outdoor cinema for a week of screenings, including Pink Floyd Live at Pompeii, Mothra, Princess Mononoke and La Planète Sauvage. Each film on the lineup makes a profound connection to its environment and setting, a theme that’s been inspired by Barbican’s exhibition, Our Time on Earth. Get tickets here.